One who uses her own hands and heart – Caroline Gallant

The Eastern Cape is known to be South Africa’s second largest province following the Northern Cape as the largest. The capital of the province is Bhisho. This province is one of natural beauty and diversity unmatched in another province. The Eastern Cape moves from the desert-like Great Karoo to the lush forests of the Wild Coast and the Keiskamma Valley, on to the Langkloof Valley. Home to a number of renowned tertiary education establishments like Rhodes University, the Nelson Mandela Metropolitan University and the Walter Sisulu University of Technology, the Eastern Cape is a proud student supporter. The South African Red Cross Society has a Provincial Office located at 18 Bain Street, Richmond Hill, Port Elizabeth, 6000, with four branches in East London, Grahamstown, Uitenhage and Port Elizabeth serving both as branch too. We operate within the 4 core programs of the society being HEALTH AND CARE, DISASTER MANAGEMENT, VOLUNTEER MANAGEMENT and TRAINING. The following Programs are run by our Province: Youth program: Peer Education and Outreaches, OVC project support HIV infected, Disaster Management, and take part in Income Generating Activities (IGA), Support Groups, Kids Clubs, Adherence clubs, Tracing of TB/HIV lost to follow-up (Defaulters), Support TB patients, HCT/TB screening and testing, Substance abuse outreach, Radio health talk activities.

The Society is led by Caroline Gallant, who I joined the Red Cross on the 18th March 1986, started off as a Receptionist/ Secretary at one of Red Cross old age homes, later promoted to the Regional office situated in Parliament Street Central as a word processor and typist. She worked her way up to become Provincial Manager/ Finance Manager for the EC Province. 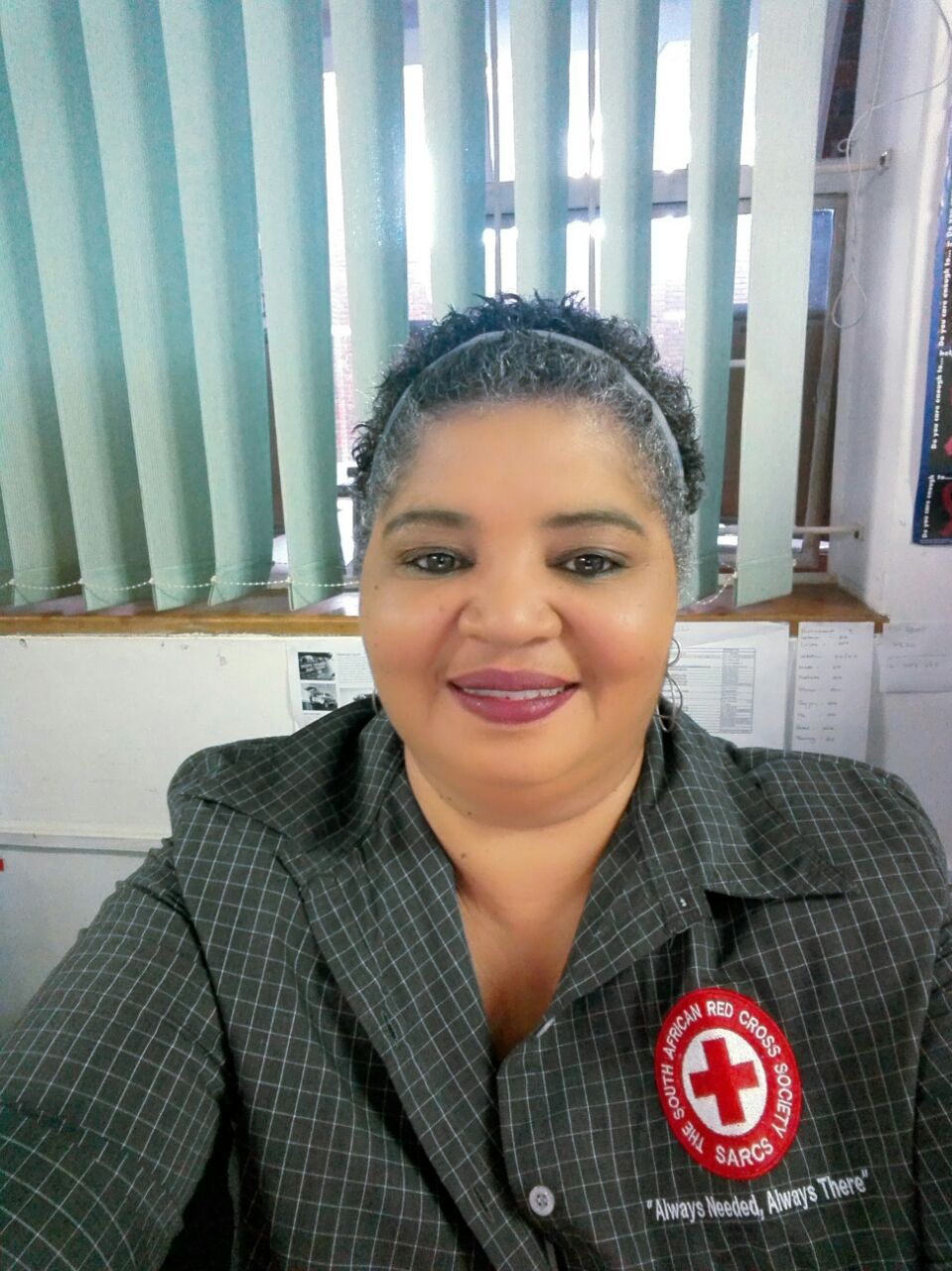 I am proud of the woman I am today

I am proud of the woman I am today